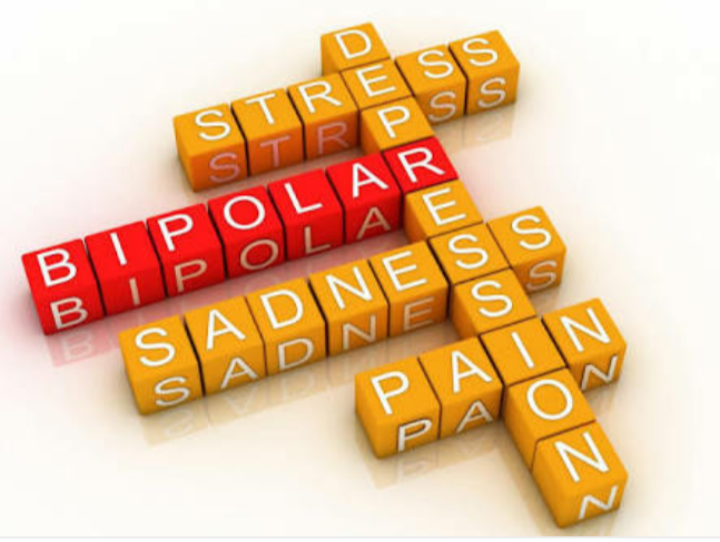 Bipolar disorder, also known as manic-depressive illness, is a brain disorder that causes unusual shifts in mood, energy, activity levels, and the ability to carry out day-to-day tasks.
There are basically three types of bipolar disorder-
1.Bipolar I Disorder— defined by manic episodes that last at least 7 days, or by manic symptoms that are so severe that the person needs immediate hospital care. Usually, depressive episodes occur as well, typically lasting at least 2 weeks. Episodes of depression with mixed features (having depression and manic symptoms at the same time) are also possible.
2.Bipolar II Disorder— defined by a pattern of depressive episodes and hypomanic episodes, but not the full-blown manic episodes described above.
3.Cyclothymic Disorder- (also called cyclothymia)— defined by numerous periods of hypomanic symptoms as well numerous periods of depressive symptoms lasting for at least 2 years (1 year in children and adolescents). However, the symptoms do not meet the diagnostic requirements for a hypomanic episode and a depressive episode

People with bipolar disorder experience periods of unusually intense emotion, changes in sleep patterns and activity levels, and unusual behaviors. These distinct periods are called “mood episodes.” Mood episodes are drastically different from the moods and behaviors that are typical for the person. Extreme changes in energy, activity, and sleep go along with mood episodes.
Sometimes a mood episode includes symptoms of both manic and depressive symptoms. This is called an episode with mixed features. People experiencing an episode with mixed features may feel very sad, empty, or hopeless, while at the same time feeling extremely energized.

Bipolar disorder can be present even when mood swings are less extreme. For example, some people with bipolar disorder experience hypomania, a less severe form of mania. During a hypomanic episode, an individual may feel very good, be highly productive, and function well. The person may not feel that anything is wrong, but family and friends may recognize the mood swings and/or changes in activity levels as possible bipolar disorder. Without proper treatment, people with hypomania may develop severe mania or depression.

Scientists are studying the possible causes of bipolar disorder. Most agree that there is no single cause. Instead, it is likely that many factors contribute to the illness or increase risk.

Brain Structure and Functioning: Some studies show how the brains of people with bipolar disorder may differ from the brains of healthy people or people with other mental disorders. Learning more about these differences, along with new information from genetic studies, helps scientists better understand bipolar disorder and predict which types of treatment will work most effectively.

General Treatment- Treatment helps many people—even those with the most severe forms of bipolar disorder—gain better control of their mood swings and other bipolar symptoms. An effective treatment plan usually includes a combination of medication and psychotherapy (also called “talk therapy”). Bipolar disorder is a lifelong illness. Episodes of mania and depression typically come back over time. Between episodes, many people with bipolar disorder are free of mood changes, but some people may have lingering symptoms. Long-term, continuous treatment helps to control these symptoms.
Medications

Different types of medications can help control symptoms of bipolar disorder. An individual may need to try several different medications before finding ones that work best.

When done in combination with medication, psychotherapy (also called “talk therapy”) can be an effective treatment for bipolar disorder. It can provide support, education, and guidance to people with bipolar disorder and their families. Some psychotherapy treatments used to treat bipolar disorder include:
Cognitive behavioral therapy (CBT)
Family-focused therapy
Interpersonal and social rhythm therapy
Psychoeducation

Treatment By Reiki- As bipolar disorder affects just about every aspect of the human behavior and with the reiki as a means of channeling positive universal energy, there just could be a spark that could make the link in reiki bipolar disorder treatment. In most cases of bipolar disorders, the medications given can be quite uncomfortable hence patients are becoming referred to alternative forms of therapy and even therapies. Given that bipolar is what you can refer to as a manic depressive state, reiki could rather properly function in the relaxation and keeping at peace of the manic stage.

Reiki therapy relaxes and rejuvenates the inner state of the bipolar. This is the very same as eliminating or washing out all the negative forces and energies that are concealed inside the manic depressive individual and ultimately pushes itself to burst out in proportions that are not adequate. As bipolar disorder affects considerably the whole human behavior meaning thoughts, feelings, perception and all the rest, so shall the universal energy generated by reiki as channeled via the practitioner be proportionately distributed all through the locations with certain require to be soothed.

3 thoughts on “All About Bipolar Disorder” 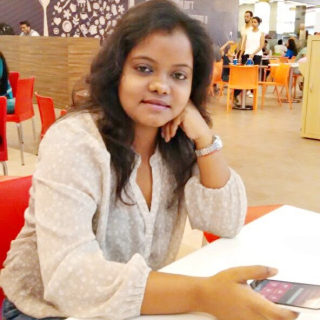 I am saumya, the cook, photographer & writer behind my baby blog. Here you will find tried and tested recipes that are easy to make as well as healthy & delicious. I love to cook and keep trying my hands on different vegeterian and egg dishes in kitchen. My mother cooks amazing & delectable food & i learned the secret of indian cuisine from her.